Cuban-American actor, writer and producer Nairoby Otero just finished a month-long run of her one-woman play ‘Til Sunday, as part of the Hollywood Fringe Festival. In this incredibly poignant 75-minute performance, she seamlessly transitioned between three characters – Claridad, Claridad’s mother and their neighbor Pepe – and in the process brought to life the story of a young Cuban mother exiled to New Orleans with her daughter in search of a better life.

Similar to ‘Til Sunday’s main character, Otero grew up in New Orleans, straddling her Cuban and American identities. She was kind enough to answer a few questions while she was visiting her hometown for a well-deserved respite before returning to her current city of New York.

In ‘Til Sunday you play three characters over the span of 13 years, leading up to a quinces, yet I was left wondering what happened in the lives of Claridad, her mom and her neighbor Pepe after the party was over. Will there be a sequel?

This was probably the number one question I got after the show. I have never been able to answer this question fully because, like my audience, I want there to be a happily ever after. But, if I have to be honest I think the happily ever after is not [the kind] you see in a Hollywood film. I am an eternal optimist even in dire situations. It’s all about finding joy and happiness within your current reality.

I’ve seen afro-folkloric dances and even Gloria Estefan duet with Celia Cruz, but at one point, Claridad’s mother does the most Cuban thing I’d ever seen recreated on stage: she pours herself a malta con leche condensada.

I cannot tell you how happy this makes me! When I was in rehearsal and we got to this scene, my director Michael D’Angora, said to me, “You need to be doing something here. Would the mom have a late night beer or a glass of wine or something?”  I instantly thought of malta con leche condensada.

Are there any other Cuban snacks/sweets that remind you of your childhood?

Can you talk a little about the New Orleans Cuban community? Was there such a place as el palo cagado?

The Cuban community in NOLA is small. It was larger in the 1970s, but eventually the majority left to a warmer climate. I know, I know! It’s warm in New Orleans, but not warm enough in the winter for Cubans. The Cubans that remain all pretty much know each other here. As far as el palo cagado that was a real place. That’s where my family lived when they first arrived. It was basically the Cuban projects. And you know how we Cubans are always finding a name for things, the Cubans named the very own building that they lived in ‘the shitted stick!’ I find it hysterical. Such a wonderful example of their sense of humor even when they couldn’t see light at the end of the tunnel.

During your time in L.A. did you get a chance to hang out with the Cuban community? Cubans always have an opinion on everything, so I’m sure you received feedback on your performances at the Hollywood Fringe Festival.

Of course, I went to Porto’s, which was delicious! And I met a slew of Cubans after the shows who shared their coming-to-America stories. I really felt the weight and importance of my piece. The one story that stands out to me is one that took place after opening night. There was a young man waiting to speak to me. He became very emotional as he told me that Claridad’s story was similar to that of his father’s journey, who had arrived in the US with his mother and left behind his father. It took a decade for their family to be reunited. 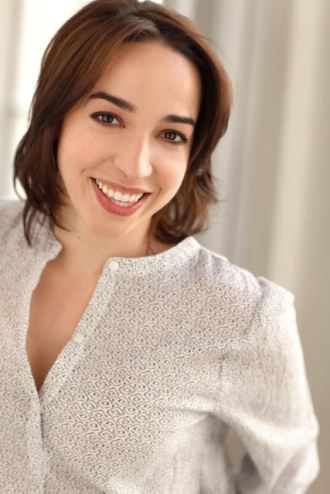 Where will you take Til Sunday next?

I am currently on vacation in New Orleans visiting my family. As soon as I get back to NYC, Michael and I will be meeting and discussing what’s next. We have a few avenues to explore; it is a matter of which will be the best move to go forward. What I can tell you with certainty is that ’Til Sunday will go on to a bigger stage.

One thought on “Meet a Cuban: Nairoby Otero”