Today, December fourth, es le día de la Santa Barbara. And if there ever was a saint that held a Cuban passport, it would be her (after la Caridad del Cobre, of course). The legend of Santa Barbara is also quintessentially Cuban. Her super-strict, wealthy dad locked her up in a tower and the few times she was … END_OF_DOCUMENT_TOKEN_TO_BE_REPLACED

How could you possibly sing to los santos without a Batá drum? Not a single tumbadora. Not even un chekere perdido made it on the stage during Daymé Arocena’s performance at the Skirball Center. And she didn’t need it. Her voice was more than enough. Nonetheless, she was accompanied by three equally talented Cuban musicians, a pianist, a bassist and a drummer … END_OF_DOCUMENT_TOKEN_TO_BE_REPLACED

“Niña/o saluda.” Say these words to a Cuban kid and watch as they forget their stranger-danger sensibilities and reluctantly give you an awkward and messy kiss on the cheek. I’m pretty sure besito is the third word we learn as babies, after mamá and bistec. Then it’s kisses on the cheek for the rest of your life – and for … END_OF_DOCUMENT_TOKEN_TO_BE_REPLACED 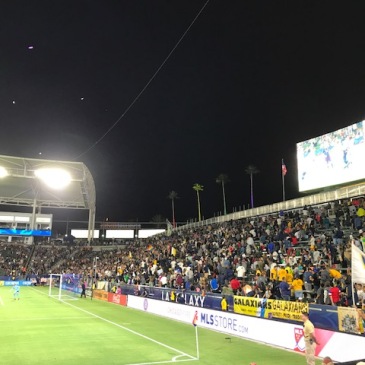 Generally speaking, Cubans aren’t big on soccer – unless they have a Colombian friend that convinces them to watch the World Cup…but that’s only every four years. However, as a Cuban in L.A., you don’t need much persuading to catch the Galaxy fever. I mean, what is there not to like? The L.A. Galaxy have … END_OF_DOCUMENT_TOKEN_TO_BE_REPLACED

Cuban-American actor, writer and producer Nairoby Otero just finished a month-long run of her one-woman play ‘Til Sunday, as part of the Hollywood Fringe Festival. In this incredibly poignant 75-minute performance, she seamlessly transitioned between three characters – Claridad, Claridad’s mother and their neighbor Pepe – and in the process brought to life the story of a … END_OF_DOCUMENT_TOKEN_TO_BE_REPLACED

I love bananas. Yellow Chiquita bananas precisely cut into rounds on my plate of arroz blanco y picadillo. Green plantains fried and flattened with the bottom of a coffee mug, then salted, especially if it’s the side dish to camarones enchilados. And, my favorite, ripe plantains, strange in color and frightening in texture, fried  into a burnt sack of … END_OF_DOCUMENT_TOKEN_TO_BE_REPLACED

An hour from Los Angeles, you’ll “leave today and enter the world of yesterday, tomorrow, and fantasy” for about two hundred bucks and a mean sunburn. Before I get any further, I should say I don’t have kids or a strong affinity for the Disney brand or even particularly enjoy large crowds. However, this should … END_OF_DOCUMENT_TOKEN_TO_BE_REPLACED

The city of Temecula is a little under two hours away from LA, which is also the exact amount of time you’ll need to exhaust all of the culo jokes you can come up with. Go directly to Old Town because, first, it’s absolutely charming with array of specialty stores, boutiques, art galleries, and antiques stores. And … END_OF_DOCUMENT_TOKEN_TO_BE_REPLACED 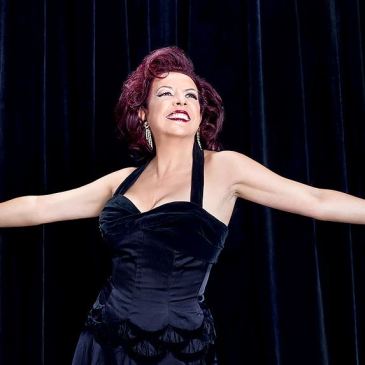 Que manera de esperar un disco, que manera. Albita released her new Big Band album that pays homage to pre-revolution Cuban music – and it sounds as if Machito got a face lift by a really, really great plastic surgeon from Beverly Hills. Homenaje a Benny Moré and Mis Congas are a master’s class in the genre, while Pais Tropical and Las Cumbias celebrates … END_OF_DOCUMENT_TOKEN_TO_BE_REPLACED